The Amur Bird Project goes on! We will continue our bird migration research from August to November 2014, which will be the fourth season of our standard ringing program. The continuation will allow us to detect changes in populations of migratory birds at Muraviovka Park. Environmental education will also be an important part of the project. The necessity is shown by a sad notice that we´ve got from the Moscow Ringing Centre last week: Two of the captive Greylag Geese, that were reared at Muraviovka Park and ringed and released in September, were shot by hunters only seven days after it. This species is included in the Red Data Book of the Amur oblast!
Due to crop loss because of fires and the flood this year, the financial situation of the Muraviovka Park will not allow to support our project in the generous way like in the past years. So again, we are searching for funding.


On the 13th of December, a first meeting of ABP-"Veterans" took place in Greifswald/Germany. First results were shown and plans discussed for the upcoming seasons. Thanks to Friedrich and Andy for their organisation! 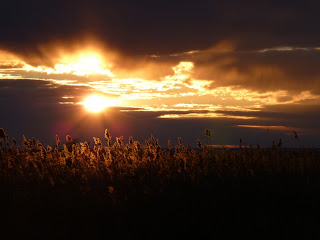